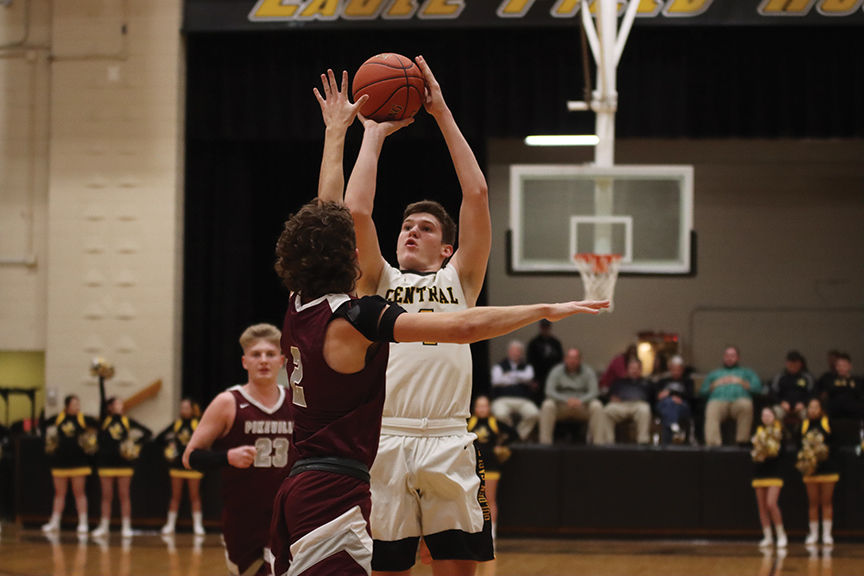 Johnson Central’s Isaiah May goes up for a jumper of Pikeville’s Seth Pugh Monday night. May scored 35 points and pulled down 11 rebounds as the Golden Eagles knocked off the Panthers 75-58. 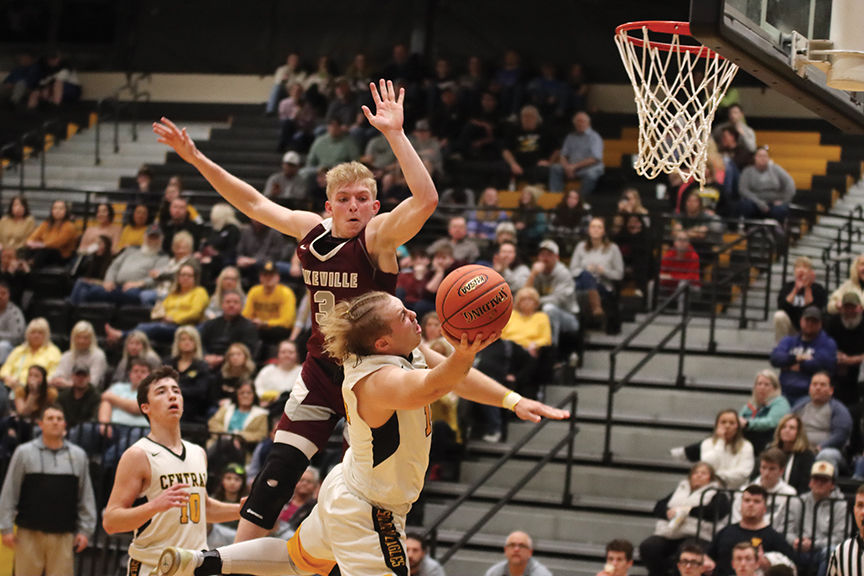 Johnson Central’s Seth Williams goes up for a shot over Pikeville point guard Laithan Hall Monday night at home. The Golden Eagles pulled out a 75-58 win over the Panthers.

After falling to Russell 83-81 in overtime Saturday, the Golden Eagles rebounded with a 75-58 win over Pikeville Monday night.

Isaiah May had a game against Russell. May had a double-double for the Golden Eagles. He scored 39 points and pulled down 12 rebounds in the loss. May was 14 of 27 from the field and knocked down six of his 12 three-point attempts on the night.

The Golden Eagles shot 42 percent from the field.

Badgers in the XFL: Check out performances by former Wisconsin players in Week 2

In a rematch of last season’s 15th Region championship game, the outcome was the same as the Golden Eagles picked up a big 75-58 win over Pikeville.

May had another monster performance as he scored 35 points and pulled down 11 rebounds in the win. He was 12 of 18 from the field and made seven of his 11 three-point field goals.

VanHoose followed with 21 points and seven rebounds; he made two of his three three-point attempts.

Johnson Central shot 45 percent from the field and pulled down 33 rebounds.