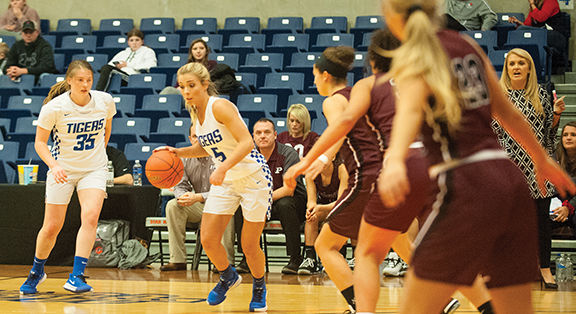 Paintsville’s Ava Hyden dribbles the ball towards the basket against Pikeville Thursday evening at the Appalachian Wireless Arena in the opening round of the 15th Region All “A” Classic. 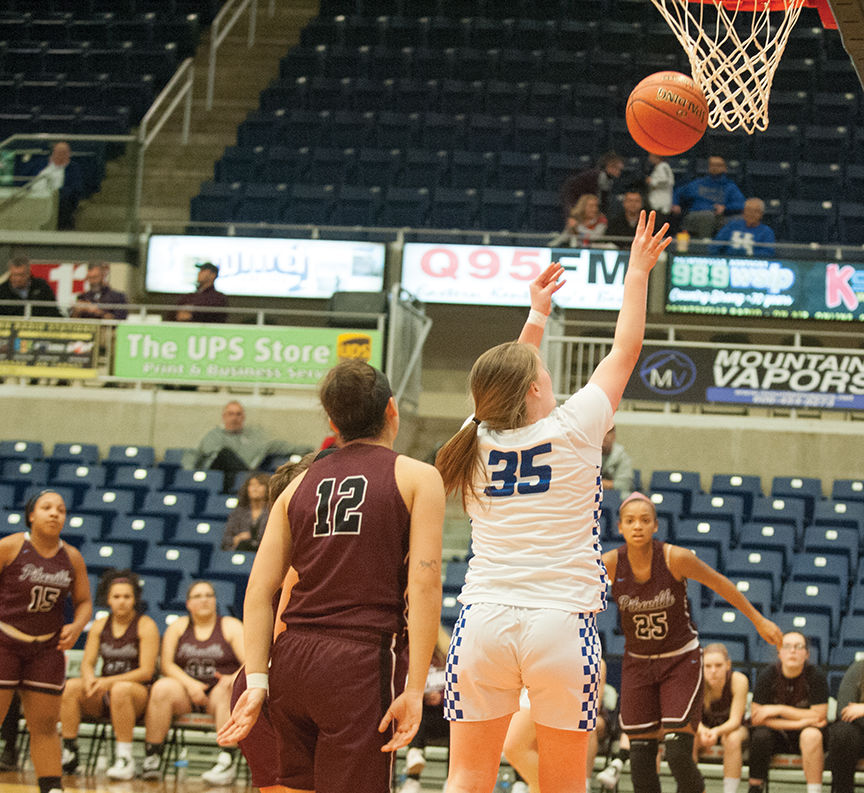 Paintsville’s Hope Auxier puts up a shot against Pikeville Thursday evening at the Appalachian Wireless Arena in the opening round of the 15th Region All “A” Classic.

Pikeville jumped out to an early lead over Paintsville in the opening round of the 15th Region All “A” Classic at the Appalachian Wireless Arena Thursday night and never looked back.

The Lady Panthers cruised to a 54-22 win over the Lady Tigers.

Pikeville jumped out to a 15-6 lead after the first period of play. The Lady Panthers’ lead grew to 29-12 at the halftime break. Pikeville outscored Paintsville 25-10 in the second half of play.

Pikeville held Paintsville to just 22.5 shooting from the field during the game, while the Lady Panthers shot 37 percent from the floor.

The Lady Panthers out rebounded Paintsville 33-27.

Pikeville (11-3) advanced to play Jenkins in the 15th Region All “A” Classic last night. The game ended too late to be included in this edition of the News-Express.