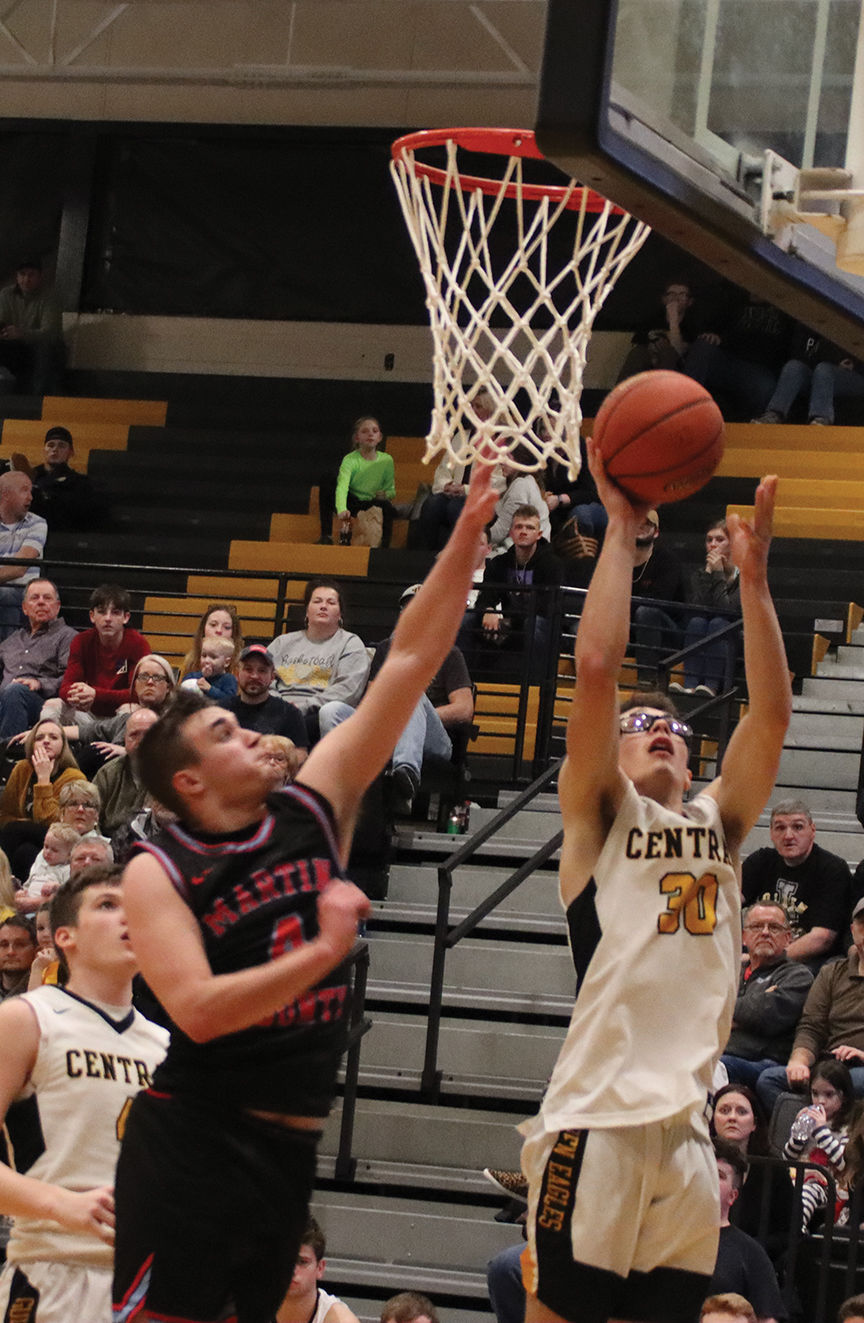 Johnson Central’s John King goes up for a shot over a Martin County defender Thursday night at home. The Golden Eagles fell to the Cardinals 51-48 in overtime. King scored 12 points for Johnson Central. 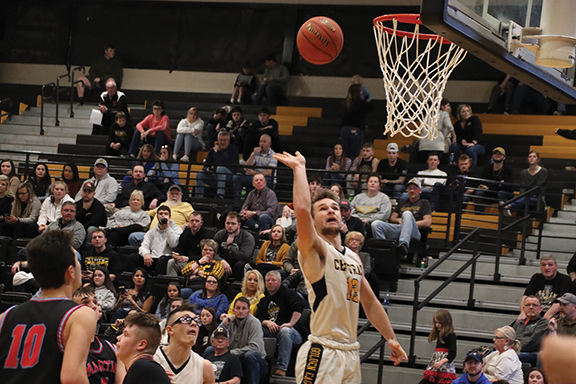 Johnson Central’s Cory VanHoose goes up for a shot against Martin County Thursday night in 57th District action. VanHoose scored 12 points, but the Golden Eagles fell to the Cardinlas 51-48 in overtime.

Johnson Central only shot 38 percent from the field on the night.

The Golden Eagles had four players reach double figure scoring, but it wasn’t enough to pull out the district win.

The problem is that only five Golden Eagles scored in the game. Besides the four in double figures, Jacob Butcher chipped in with three points.

With the loss, Johnson Central falls to 6-4 on the season.

Johnson Central is scheduled to visit Russell at 6:00 p.m. Saturday night. The Golden Eagles are scheduled to follow that with a big home game against 15th Region power Pikeville Monday night at 7:30 p.m.