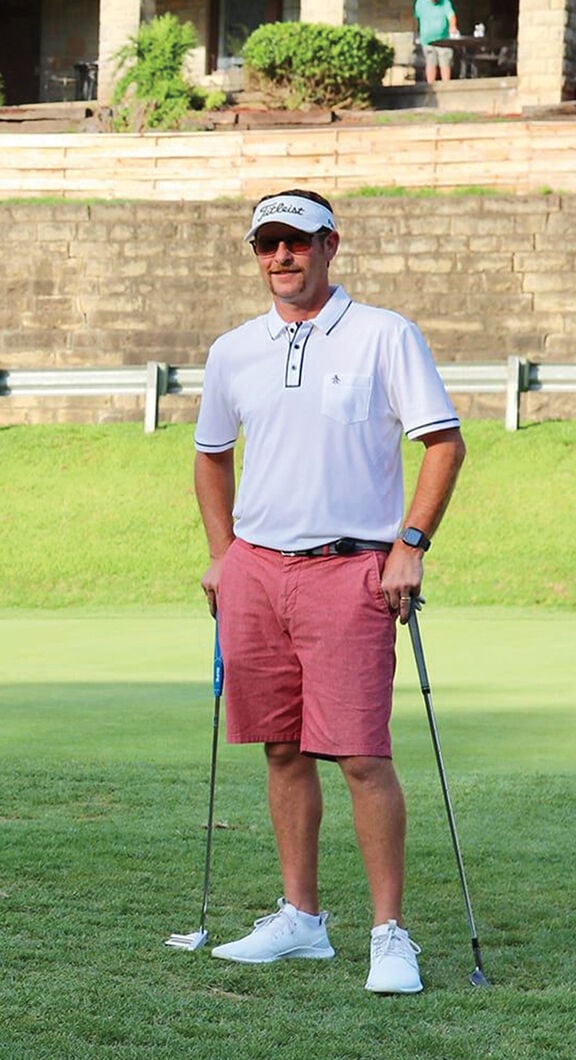 Jason Crum was the winner of the 80th Annual Paintsville Invitational Tournament. 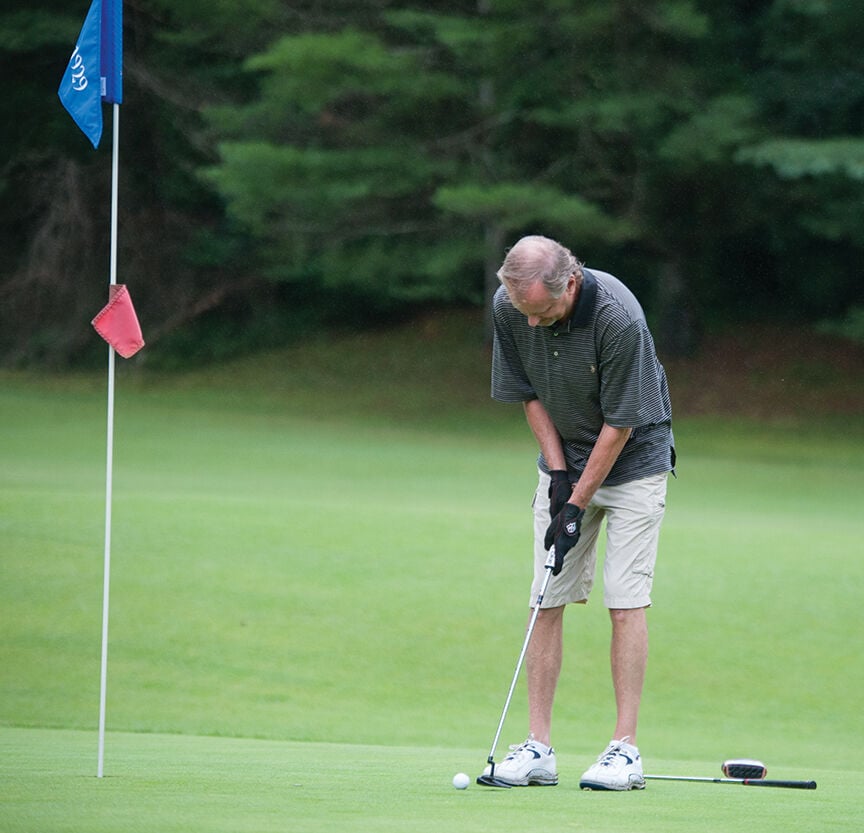 A competitor focuses on making a putt in the PIT.

“This was the 80th edition of the Paintsville Invitational,” said tournament director Tyler VanHoose. This year we tried to make it a little bigger of a deal, going with more sponsor signage and really trying to give it a mini tour kind of feel.”

VanHoose took over the tournament last year and he is also the general manager of the King Trace Course, which hosts the Barbasol Championship.

This year’s PIT definitely had that type of feel; whether it be the signage or the look and play of the course.

The course is of a unique one to say the least with the front part of the course being built in 1929 when mostly manual labor was used and the back of the course was built in the early 1940’s (showcasing a more traditional course layout).

The course also is laid with wild bermuda grass.

Balch mainly oversees the maintenance side of the course, however he was quick to praise his staff’s effort.

“Terry Hayden is our maintenance supervisor and he along with our three young individuals did a phenomenal job,” Balch said. “They had to put in a lot of overtime and manual labor into making the course look its best, especially with weed eating because we have some place that mowers just can’t go.”

The effort that the crew started two or three weeks before the PIT, allowed for a great tournament with a wonderful look and atmosphere for the competitors.

“This year was a little more special and everybody was bragging on it because we made it a little more showy,” said VanHoose. “I use a lot of the same setup that we use at the Barbasol Championship, which is a PGA (Pro Golf Association) event and as we get more sponsors, we can do even more to promote the course and tournament and get people here to come play some golf.”

This year’s tournament had an extraordinary finish coming down to a playoff between tournament winner Jason Crum and Eric Adams.

“He (Adams) is one of my good buddies and is a heck of a player and has been for a long time,” said Crum. “We went back-and-fourth through the whole thing and he really pushed me to my limits, but he does that every time we play.”

Crum was also very impressed with the way the course played throughout and the feel of tournament as well.

“Brian and his staff did an excellent job getting the course in shape, especially with the conditions the days before,” Crum said.

The conditions Crum is referring to is the heavy rain the course received before.

But because of the bermuda grass, the water was soaked up and the heat from the beautiful the Thursday before the tournament started, really allowed the course to harden and play very well.

“That was probably the best I had seen our golf course look in the time I’ve been playing there and the way it looked was a testament to how hard they worked,” Crum said.

Crum also touched on the vibe of the PIT and the culture that VanHoose and his staff brought to this year’s 80th PIT.

“It was really something special,” said Crum. “From the way the signage looked to having the scores follow the golfers around, they really did an excellent job of making everyone feel like they are playing for something more.”

But maybe they were without even knowing it?

With the on going COVID-19 pandemic the mental and physical health of the world is on the line.

The PIT allowed people play a sport that is growing throughout the county and is as popular as ever.

“Golf is a sport where you’re not always in someone’s hip pocket,” said Crum. “So social distancing is easy, especially when you look at the signs Tyler’s staff put everywhere and they even checked every golfer’s temperature as the approached the first hole.”

So not only VanHoose and his staff increase sponsor signage, but promoted COVID-19 safety as well.

The PIT is a reminder of what joy sports can bring, while also being cautious of the world around us.

To see more on the Paintsville Invitational, you can visit their Facebook page.