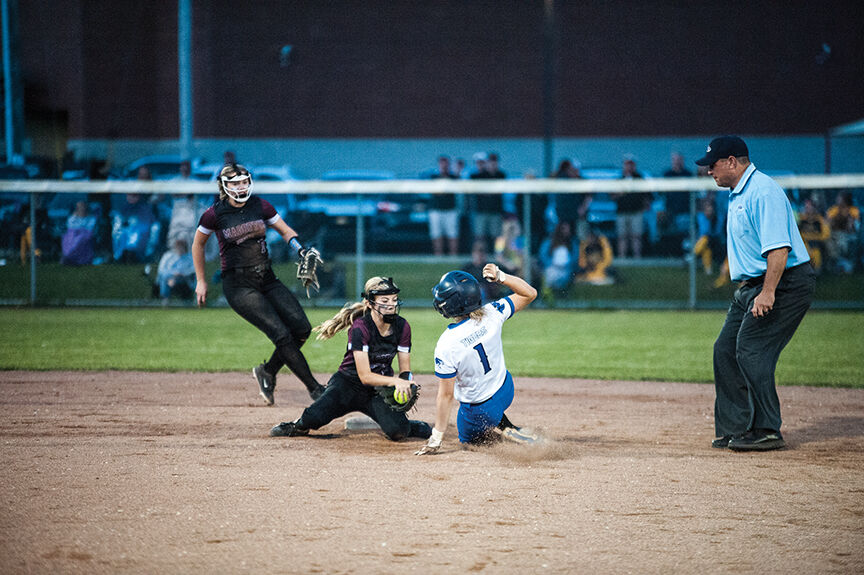 Paintsville’s Abby Maynard tries to steal second base against Magoffin County in the 57th District Tournament. 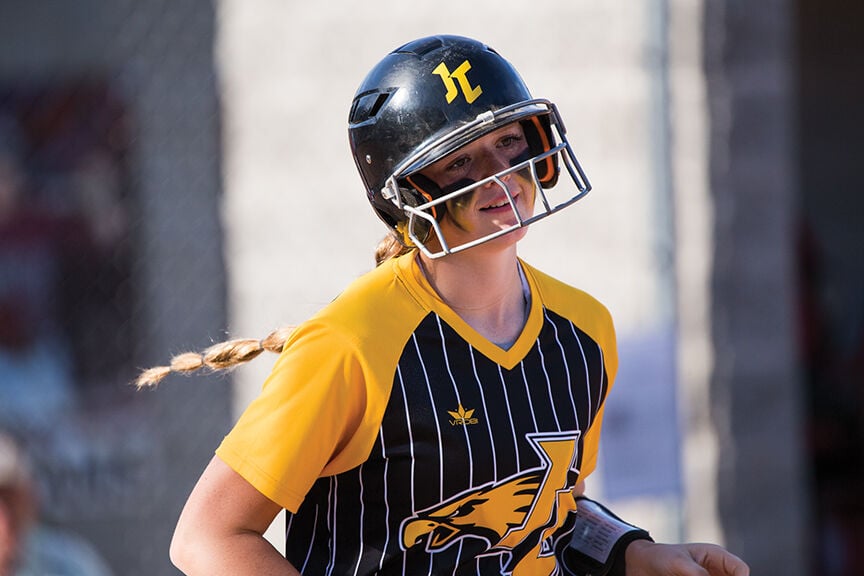 Johnson Central’s Mason Delong walks off the field against Martin County in the 57th District Tournament.

The Lady Tigers got pushed around in the first three innings, but they didn’t give up. Paintsville went down quick, giving up two runs in the first, and eventually falling behind 3-1 before picking up the bats in the bottom of the fourth, exploding with five runs to pull out to a 6-3 lead. The Lady Hornets of Magoffin County couldn’t answer and Paintsville was able to pull off the win, 8-5.

The Lady Hornets came out of the gate swinging.

Presley Smith opened up the rotation for Magoffin County and didn’t waste any time, with a rocket to Rachel Roberts who couldn’t make the catch, giving Smith a triple. Emilee Bailey had a hit to third, but was out. Katie Howard came in for the Lady Hornets and knocked a two run homer in to make it 2-0.

Paintsville couldn’t swing the bats, with two strikeouts and one hit that was out at first highlighting their first inning efforts.

Paintsville hauled in another run in the bottom of the second to make it 2-1. Magoffin County responded with a run of their own in the top of the third to extend their lead back to two.

The top of the fourth saw a pitching change for Paintsville, when Chloe Hannah came in for Laney Bledsoe, and the momentum changed. Magoffin’s Scarlett McCarty connected on a pitch from Hannah, but was a fly ball caught for the out. Hannah struck out the next two batters to end the top of the fourth.

Carrigan Ratliff sparked the offense for the Lady Tigers with a double. Taylor Hannah followed with a hit to left field, putting her on first and Ratliff on third. Bledsoe singled to score Ratliff making it 3-2 and shrinking the Lady Hornet lead. Chloe Hannah entered the rotation with the bases loaded and got walked to score Taylor Hannah, tying things up at three apiece. Ameson Little batted in Bledsoe to give the Lady Tigers their first lead of the night. Maggie Music singled to score both Ashley Wells, and Chloe Hannah to pull out to a 6-3 lead.

The Lady Hornets weren’t able to bounce back, ultimately falling to the Lady Tigers 8-5. The Lady Tigers make their way into the 57th District Championship with the win, and look to win their first district title in 10 years.

Johnson Central started things off against Martin County and the Lady Eagles had it looking more like a home run derby instead of a postseason playoff game. Johnson Central ended the rout 10-0 after just six innings to mercy the Lady Cardinals.

Johnson Central’s Emily Adkins got it done on the mound pitching a complete game (six innings) allowing only two hits and no runs, striking out 13 batters.

Johnson Central’s Clara Blair and Abigail Williams each had home runs. Blair had two RBIs and Williams had one. Kendal Hall was batting a thousand, connecting on four hits on four at-bats. Hall netted four RBIs and three doubles. Madelyn Vaughn was also perfect at the plate, with two runs on two hits at two at-bats. Macy Coney had two runs with one hit on one at-bat.

The Lady Eagles move on to the 57th District Championship to attempt their fifth straight district wins.

Martin County finished the season with a 17-19 record.