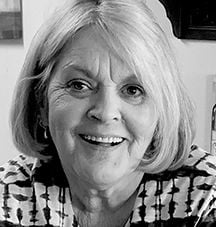 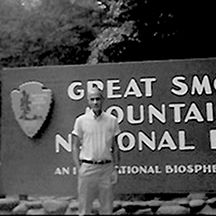 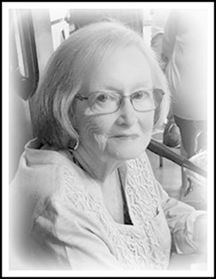 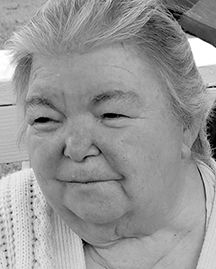 Emma Gail Van Hoose Blanton went to be with the Lord on Wednesday, October 2, 2019.

Words can’t express the wonderful person that Gail was. Gail spent most of her life in

Paintsville. She graduated from Paintsville High School in 1970. She gave most of her life caring for her mother until Mary passed. She cared for her nieces and nephews as well as being a single mother raising a daughter on a very limited budget. She enjoyed the last few years of her life caring for Charlie, her beloved companion, until his death. She met and fell in love again with Doug Antrim, who treated her like she deserved. He moved her to Texas and then with some encouragement they moved to Oklahoma to be close to her brother and sister-in-law, Wade and Christy. She was very happy the four years she was in Oklahoma and she had wonderful people around her. She struggled with her health, but had excellent doctors until they could do no more. Gail will be missed by those who knew her and truly loved her.

Visitation will be Thursday, October 10 from 5-6 p.m. for family and from 6-9 p.m. for friends. We will celebrate her life on Friday, October 11th at 1 p.m. at Jones-Preston Funeral Home, Paintsville.

Arrangements under the direction of the Crawford Funeral Centers of Edmond, Okla.

Carolyn Pacetti “CC” Crozier, age 82, stepped into the presence of her Savior on October 2, 2019.

A going away party will be held at 11 a.m. at the Mountain Community Fellowship Center, 219 Greentown Loop, Paintsville, KY 41240 on Saturday, Oct. 12.

Burial will be at a later date in Jacksonville, Fla.

In lieu for flowers, donations may be made to the Mountain Community Fellowship Missions Fund.

In addition to his parents, he is preceded in death by one sister, Agnes VanHoose, and one brother, Kelse Edward “Bud” Pelphrey

Burial was in the Johnson County Memorial Cemetery, Staffordsville.

Funeral services were held Friday, 1 p.m. at the Little Mud Lick Church of God for Paul Ray Pelphrey, 82, of Keaton, who died Tuesday, October 1 at his residence.

Mr. Pelphrey was born Feb. 14, 1937 in Boyd County, son of the late Garrett and Ella Kelly Pelphrey. He was also preceded in death by one son, William “Billy” Pelphrey.

The service was officiated by Tobe Wheeler with burial in the Highland Memorial Park Cemetery at Staffordsville.

Military honors were conducted by the Auxier Chapter of the D. A. V.

Sandra was born March 16, 1943 in Magoffin County, daughter of the late David Hassell and Sylvia Mae Meade Blanton. She was also preceded in death by her brother, David Cleveland Blanton; and one grand son, Bradlee Francis Blair.

The services were officiated by Lindsey Meade, with burial to follow in the Johnson County Memorial Cemetery at Staffordsville.

She was born March 5, 1927 in Johnson County, daughter of the late Scott Castle and Golda Thompson Castle. In addition to her parents, she was preceded in death by her husband, Hobert Ward in 1992. Also preceding her in death are one daughter and son-in-law, Connie and Scott Jarrell; one brother, Scotty Castle, Jr; three sisters, Ruby Snowden, Opal Black, Virginia Music; and one granddaughter, Tracey Michelle Collins. She is survived by one son, Randy Ward and wife Vikki of Pikeville, KY; one daughter, Judy Patrick and husband Bob of Seminole, FL and two grandchildren, Candice (Andy) Grace and Reese Ward.

Mary Rose was a retired sales clerk for the Paintsville Sundry Store.

Funeral services will be conducted 1 p.m. Wednesday, October 9, 2019 at the Jones-Preston Funeral Chapel with Harry Neil Frisby officiating.  Burial will follow at Highland Memorial Park, Staffordsville.   Friends may call at Jones-Preston Funeral Home on Tuesday, Oct. 8, 2019 from 6–9 p.m. and on Wednesday, October 9, 2019 from 9 a.m. until time of service at 1 p.m.

Funeral services will be held Thursday, Oct. 10, 1 p.m. at the Preston Funeral Home Chapel for Phyllis Christine Fannin Ward, 79, of River, who passed away Monday, Oct. 7 at King’s Daughters Hospice House in Ashland.

Chris was born July 14, 1940 at Charley (Lawrence County), daughter of the late Charlie and Dorcas Clark Fannin. She was a retired prescription clerk with CAP.

The service will be officiated by Terry Conley and Roger Sparks, with burial in the Ward Family Cemetery at River.