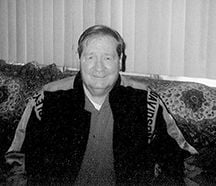 The service will be held at Lakeview Memorial Cemetery at Staffordsville, with military honors conducted by Auxier Chapter 18 DAV.

In lieu of flowers, memorial donations may be made to the Sugar Grove Baptist church by contacting Jones-Preston Funeral Home a, (606) 789-3501.

Funeral services were Saturday, August 24, 1 p.m. at the Jones-Preston Funeral Home Chapel for Sam Franklin Conley, 75, of Sitka, who died Wednesday, August 21 at his residence.

The service was officiated by Jim Price, with burial to follow in the Conley Cemetery at Staffordsville.

Courtesy of the Jones-Preston Funeral Home of Paintsville.

Thomas was a Christian, loving husband, father and papaw. He was an active member of his church, Whitaker Free Will Baptist Church. Known by many, loved by all. Thomas always has kind words for those around him.

He served in the United Stated Army during the Korean Ward, where he was awarded the Korean Medal of Honor.

The service was officiated by Hubert Slone and Ronnie Spriggs, with burial in the Salyers Cemetery at Flat Gap.

Military services were conducted by the Big Sandy Chapter 18 DAV.

In addition to his father, he was preceded in death by two sisters, Brenda Schaffer and Shirlene Webb.

The service will be officiated by Jim McKenzie, with burial in the Highland Memorial Park at Staffordsville.

Funeral services will be held Wednesday, Aug. 28, 2 p.m. at the Phelps & Son Funeral Home Chapel for Larry L. Pierce, 72, of Hagerhill, who died Friday, Aug. 23, at Cornerstone Hospital in Huntington.

The service will be officiated by Steve Rose, with burial in the Highland Memorial Park Cemetery at Staffordsville.

He was born in Johnson County in 1931 to Stanley and Mattie Frazier Salyer. He was a retired employee of Energy Coal and also worked as sewing machine repairman.

In 1956 Harry married Mandy Salyers and to this union were born two daughters, Margeania and Kathy.

Harry was a United Stated Army Veteran and was stationed in Germany during the Korean War. In 1978 Harry joined the Cold Springs United Baptist Church where he remained a member for 41 years.

In addition to his parents, Harry in preceded in death by his wife Mandy; daughter Margeania; and twin infant brothers.

He is survived by his daughter, Kathy, and a host of friends , neighbors, and family members.

Funeral services were held on Sunday, August 25 at 3 p.m. in the Paintsville Funeral Chapel with Tim Salyer and Doug Slusher officiating. Burial followed in the Salyer Family Cemetery at Flat Gap.

All arrangements are provided for Mr. Salyer by the Paintsville Funeral Home.

He was born on August 13, 1948 in Paintsville to Granvil C. Trimble and Billie Marie (Allen) Trimble.

He was preceded in death by his parents, Granvil and Billie Marie (Allen) Trimble.

A member of the Corbin Presbyterian Church, he is survived by his wife, Sherry (Chambers) Trimble of Corbin; son, Graham Chambers Trimble (Marianne) of Corbin; three granddaughters, Reagan, Samantha, and Lauren; mother-in-law, Elizabeth Chambers of Corbin; sisters, Toni Trimble Lawner (Arnold) of St. Petersburg, Fla. and Arminta Trimble of Corbin; brother, Morton Bruce Trimble (Robin) of Winchester; nieces and nephews and a host of other family and friends to mourn his passing.

A 1966 graduate of Madison Central High School, Allen continued his education at Eastern Kentucky University graduating in 1970. Upon graduating from the University of Kentucky College of Law in 1975, he set out in career in the practice law spanning almost 45 years. He practiced law as a partner in the law firm of Forcht and Trimble in Corbin, and later as a partner in the law firm of Trimble and Mann. He served as Commonwealth’s Attorney for the 34th Judicial Circuit (McCreary & Whitley Counties) for 31 years before retiring in 2018. As a prosecutor for the Commonwealth of Kentucky, he served as President of the Commonwealth’s Attorney’s Association and was twice awarded Kentucky’s Prosecutor of the Year in 2008 and again in 2017. He was instrumental in creation and construction of the Corbin Campus of Eastern Kentucky University. A former President and Coach of the Corbin Little League, he considered one of his greatest achievements outside of the practice of law to be President of the Corbin Little League during their 1992 State Championship season. He previously served as Whitley County Trial Commissioner, Coach of the Williamsburg High School Mock Trial Team, and at the time of his death, practiced law with Trimble Law in Corbin, and served as Domestic Relations Commissioner for the 34th Judicial Circuit.

Visitation will be from 4 p.m. until the funeral hour Thursday, August 29, 2019 at the Croley Funeral Home Chapel.

Funeral Service will be at 7:00 P.M. Thursday, August 29, 2019 at the Croley Funeral Home Chapel with Rev. Jerome McCullah and Hon. Howard Mann officiating. He will be laid to rest in the Highland Memorial Gardens in Paintsville.

Condolences may be made to the family at www.croleyfh.com

This is a courtesy announcement provided by the Paintsville Funeral Home.