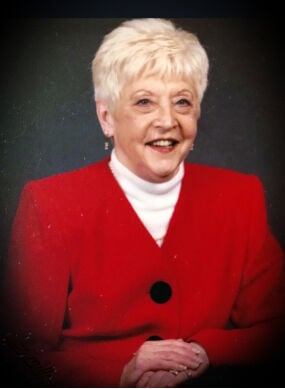 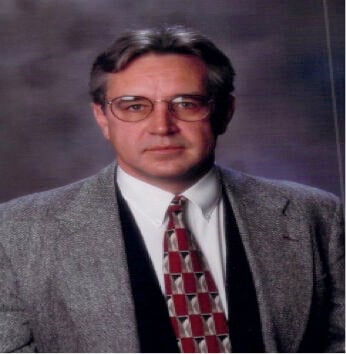 She was born in Johnson County, Aug. 21, 1955, the daughter of the late Eugene Fairchild and Erie (Blanton) Fairchild.

She is survived by her husband, Norman Blanton; two brothers, James Billy Fairchild and Gary (Nannie) Fairchild, both of Oil Springs; one sister, Loretta (Allen) Holden of Shepherdsville; and several nieces and nephews.

A private service will be held for family and friends.

In addition to his parents, he was preceded in death by three brothers, Henry Logan Bowling, Demart Bowling and Edgar Bowling.

She was preceded in death by her mother, Ruth Gross; and by her maternal grandparents, Nan (Meade) and Mattison Gross.

Geraldine was born and raised on Hammond Creek (Whitehouse) in Johnson County.  During the latter part of her life, she lived at Mendota House, a residential facility in Hager Hill. She was living there when she died.

Geraldine's family will be forever indebted to the wonderful caregivers at Mendota House, for the loving care provided to her until the end of her life. Geraldine leaves behind many loved ones and friends to cherish in their hearts wonderful and unforgettable memories of her.

She was much-loved and will be greatly missed.

There are no planned services at this time. She will be buried in the Wilson Cemetery in Tomahawk at a future date. Arrangements are under the direction of the Phelps & Son Funeral Home of Paintsville.

She was born March 14, 1931, the youngest daughter of George Washington Davis Sr. and Verlie Fitzpatrick, of Meally.

Teena was a graduate of Paintsville High School and Mayo State Vocational Technical School. As an Office Manager and Executive Secretary to Mr. George Ramey at Mayo, Teena helped thousands of students enroll and get financial aid. A Kentucky Colonel and Democratic Chairperson, Teena strongly advocated for higher education in Eastern Kentucky frequently making trips to Frankfort meeting with leadership.

Teena went on to help her husband start Worldwide Mining Equipment in Prestonsburg.  After his untimely death in 1982, she returned to Paintsville to care for her elderly father and then later her older sister. She returned to work for K-Mart where she received a small pension for 20 years of service. A strong Christian believer, Teena was baptized with other family members at the First Baptist Church of Paintsville on Oct. 18, 1998.

She is survived by one sister Betty Davis Rice, of Paintsville; one brother, George W Davis Jr., of Ashland; and several nieces and nephews.

He was the son of Ray and Ethel Tevis, of Van Lear. He was the devoted husband of Margaret Jan Bradley Tevis; and beloved father of Elizabeth Dawn Tevis Lippman, of Winona, Minn., and Sarah Katie Tevis Hostetter, of Russell. He cherished his red-headed sweetheart, in marriage, for more than 48 years. He is also survived by five grandchildren; a cherished sister, Joyce Tevis Vanhoose, of Paintsville; and several nieces and nephews.

A Vietnam Veteran, he earned his degree in Education from Asbury University and his Master's degree in Business Administration from Morehead State University. He was known as a man of wide-ranging talent, passion and skill. He was a teacher in English, business, drama, and more at Northwest High School and New Boston High School of Scioto County, Ohio, before retiring to his farm in Owingsville where he fulfilled his dream of farming and enjoyed many tractor rides with his grandchildren.

He demonstrated through daily intention and example the importance of living a life of integrity and service. His keen intellect was matched only by his profound sensitivity to his love for his people and place.

He was a faithful husband, father and friend; a poet, landscape artist, humorist, musician, builder and tender - hearted dreamer. He was an enthusiastic member of the First Baptist Church in Mt. Sterling.

He is deeply missed and always greatly loved.

Funeral services were held Saturday, May 29, 2021, at the First Baptist Church in Mt. Sterling with Reverend Austin Lewis and Reverend Chris Wells officiating. Arrangements were under the direction of the Richardson Funeral Home.

He was born in Paintsville on Nov.15, 1926, to the late Edgar and Katie (Blair) Ward. He married Herma Davis on Nov. 30, 1946. She survives along with his daughter, Garnetta “Sue” Ward (Robert Rubin), of Stuart, Fla.; and his son, Donald Ward (Penny), of Ormond Beach, Florida. He is also survived by his brother, Douglas Ward (Fern), of Denver; his sisters, Shelby Jean Blair, of Dola, Ohio, Neva Lee Conley (Richard), of Barnetts Creek; four grandchildren; and nine great-grandchildren.

He was preceded in death by his brother, Alva Ward; and his sister, Anna Kaye Ward.

He was very patriotic and proudly served his country in the U.S. Army during WWII. He retired as a supervisor from Ford Motor Company after many years of service. He was an active member of the Stoney Ridge United Baptist Church where he served as a deacon. He enjoyed building bird houses, golfing and spending time with his grandchildren.

Funeral services were held at 1 p.m., Saturday, May 15, 2021, at Coldren-Crates Funeral Home. Graveside services were held Monday, May 17, 2021. Burial followed in the Johnson County Memorial Cemetery in Staffordsville. Military Honors were conducted by the Auxier Chapter 18 D.A.V.

Memorial contributions may be made in memory of Alcus to the Stoney Ridge United Baptist Church, 901 OH 568, Carey, OH 43316.

The guestbook may be signed at www.coldrencrates.com and you may also sign the guestbook at www.prestonfuneralhome.com.

Arrangements were under the direction of Preston Funeral Home of Paintsville.