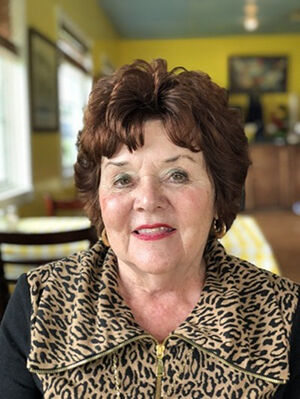 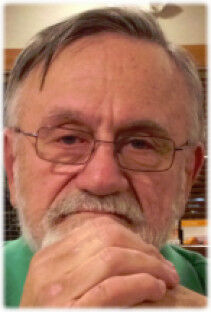 He was born in Paintsville, Nov. 19, 1947, to the late Charles Daniel Sr. and Bess (Adkins) Daniel and step-sister, Betty Ward McKenzie.

He achieved three Masters Degrees after proudly serving in the United States Army and was a retired probation and parole officer. His working years included Social Services, Law Enforcement and teaching for Morehead State University.

In addition to his parents, he was preceded in death by one daughter, Bitsey Delzer.

After graduating from University of North Dakota and completing his Fulbright studies in Germany, he worked for U S Steel in South America for 18 years and later in Canada.   Then in coal, gold and silver operations in the United States before taking the position of Land Manager and Chief Engineer of Elkhorn Coal Corporation in Wayland and Prestonsburg. He worked for Staff Engineering of Cross Lanes, W.Va., in their international operations in China  and Myanmar. He later served as Commissioner of the Kentucky Department of Mines and Minerals.

Funeral Mass will be held at 11 a.m., Wednesday, April 7, 2021, at the St. Michaels Catholic Church on Washington Avenue, Paintsville, with Rev. Terrance Hoppenjans, Pastor officiating. Arrangements are under the direction of the Jones-Preston Funeral Home of Paintsville.

Harriet was born in Winston-Salem, N.Car., Nov. 26, 1941, the daughter of the late John Robert and Edna Opal Pitman Hester.

As a young lady, she lived in Charlotte, N.Car., and Coral Gables, Florida. She attended Myers Park High School and was a member of Myers Park United Methodist Church. Following high school, she attended Duke University for her undergraduate degree, where she was a member of the Kappa Delta sorority and Duke Homecoming Court. Following Duke, she attended Southern Methodist University for her graduate level work. While at Duke, she met Stephen Howes Johnson whom she married in December of 1964, and who preceded her in death in January of 2002.

She then moved to Paintsville where she worked in specialized remedial reading for Johnson County Schools. Later in life, she studied computers at Mayo Vocational School, and then worked to digitize her husband’s family law firm - at that time, making it one of the most modern offices in Eastern Kentucky. As an adult, Harriet was a lover of bridge, fitness and especially golf. She loved to watch sports and cheered for both the University of Kentucky and Duke University. She also loved life, to travel, to listen to beach music and to make new friends.

She is survived by one daughter, Jan Leigh Johnson Patton; one son-in-law, Robert Joseph Patton; and two grandchildren, William Joseph Patton and Lauren Jan Patton, all of Paintsville. She is also survived by a host of friends, including the Johnson and Floyd County Bridge Clubs.

Arrangements are under the direction of Jones-Preston Funeral Home of Paintsville.

Jan was born in Johnson County, July 31, 1939, the daughter of the late Carl and Flora Daniels Adams.

Funeral services were held Tuesday, April 6, 2021, at First Christian Church with Ben Stephens officiating. Entombment followed at Highland Memorial Park, Staffordsville. Arrangements were under the direction of the Jones-Preston Funeral Home of Paintsville.

There will be no funeral services or visitation at this time.