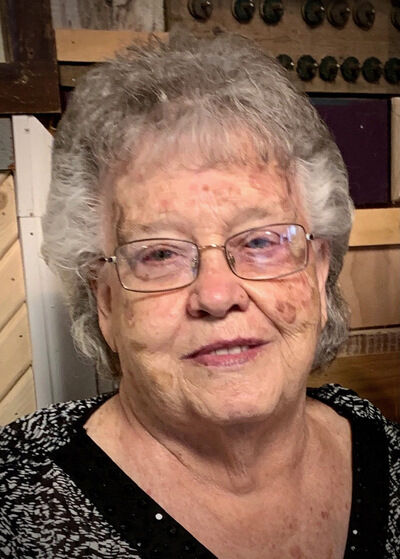 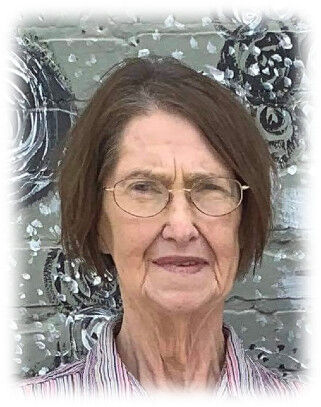 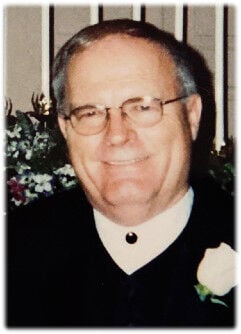 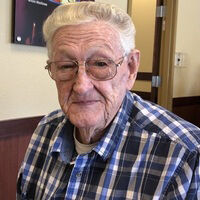 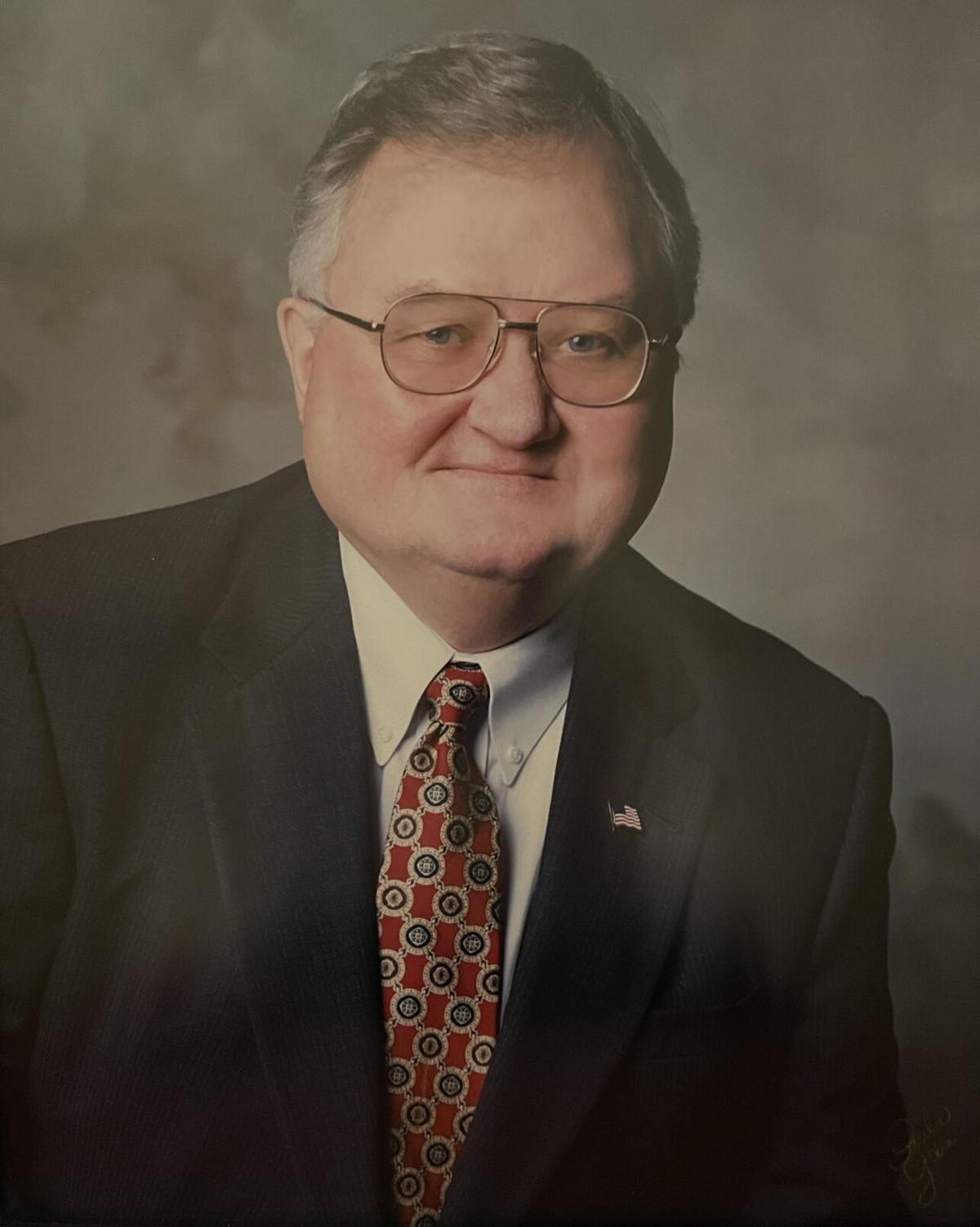 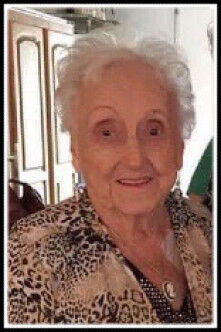 He was born in Johnson County, March 11, 1942, the son of the late Ervin and Mildred Rice Blair.

In addition to his parents, he was preceded in death by his loving wife, Mary Lou Baldwin Blair; five brothers, Leon, Mervel, Elzie, Arnold and Lloyd Thomas Blair; and one sister, Eleanor Fairchild.

In addition to his parents, he was preceded in death by one daughter, Bitsey Delzer.

After graduating from University of N.D. and completing his Fulbright studies in Germany, he worked for U S Steel in South America for 18 years and later in Canada.   Then in coal, gold and silver operations in the United States before taking the position of Land Manager and Chief Engineer of Elkhorn Coal Corporation in Wayland and Prestonsburg. He worked for Staff Engineering of Cross Lanes, W.Va., in their international operations in China and Myanmar. He later served as Commissioner of the Kentucky Department of Mines and Minerals.

Funeral Mass was held at 11 a.m., Wednesday, April 7, 2021, at the St. Michaels Catholic Church on Washington Avenue, Paintsville, with Rev. Terrance Hoppenjans, Pastor officiating. Arrangements were under the direction of the Jones-Preston Funeral Home of Paintsville.

She was preceded in death by her parents; and her brother, Doug DeLong.

She grew up in Kentucky, attended Johnson County Public Schools, but lived most of her life in the North Webster / Syracuse area. She retired from Syracuse Rubber Company after 30 years and was a member of the United Methodist Church in North Webster.  She was a loving and caring woman, who always put everyone else’s needs above her own. She left a permanent mark etched on our hearts and will be greatly missed by family and friends. Family meant everything to her.

A Celebration of Life service will take place in Hager Hill at a later date. Burial will be in the family cemetery at Hager Hill. Arrangements are under the direction of Owen Family Funeral Home, 1001 S. Huntington St., Syracuse, Indiana.

Preferred memorials may be given to the United Methodist Church, 7822 E. Epworth Forest Rd., North Webster, IN 46555.

In her last days she exhibited the tenacity and strength that has helped her build a long and full life. Carol was a retired bookkeeper of the family business, Ray McCarty Builders, and spent her later years making quilts for her grandchildren and tending her roses in the summer.

Carol was born in Johnson County, Aug. 11, 1942, in a home that stood on the family farm where she died. She was the daughter of the late Walter Curtis and Emma Blanton Curtis.

In 1960, she graduated from Oil Springs High School, and that summer married her husband, Granville Ray McCarty. They celebrated their 60th anniversary in August 2020.

They joined the Low Gap United Baptist Church on January 26, 1964, after she was saved on Dec. 31, 1963. They were baptized together. She remained a faithful member of the church throughout her life.

Their first child, Timothy Ray, was born and died in 1963. Soon after, they moved to Columbus, Ohio, where they lived until 1975, when they returned to the family farm to start a construction business. Along the way, they had three additional children, enjoyed taking trips to warm, sunny locations, spending time with her family; especially her grandchildren and great grandchildren, and attending church nearly every weekend.

In addition to her parents and her son, she was preceded in death by her sisters, Eloise Curtis, Genevieve McCarty and Mabel Long; two brothers-in-law, Jimmie McCarty and Don Laferty; and one sister-in-law, Pam Curtis.

She is also survived by a brother, Walter Curtis Jr., of Tutor Key; one sister-in-law, Etta Mae Laferty, of Oil Springs; three brothers-in-law and their spouses, Robert McCarty (Faye), of Lexington, Fred McCarty (Stella), of Nippa, and Kanawaha Long, of Kermit, W.Va.; and a host of nieces, nephews, great-nieces and great-nephews, friends and neighbors.

Arrangements were under the direction of Jones-Preston Funeral Home of Paintsville.

Wauleta Grace (Williams) Ward, was born April 21, 1928, to Ransom Bee Williams and Grace Catherine Dotson Williams, in Asa Creek. She left for her Heavenly home Monday, April 5, 2021, while at her daughter's home in Oil Springs.

In addition to her parents, she was preceded in death by her husband, Chester Ward, whom she married on Jan. 17, 1948; her son, Duane Ward; two sisters, Mary Ann Williams and Mabel Williams Scott; and four brothers, Orville, Paul, Ken and Bobby Joe Williams.

She was a faithful member of the Pentecostal Church for 55 years. She is now at rest with her Saviour, her husband and her son. What a reunion!!!!

Friends may visit the church after 11 a.m., Wednesday, April 14, and anytime prior to the service on Thursday. Arrangements are under the direction of the Phelps & Son Funeral Home of Paintsville.

He was born in Putnam County, Mo., April 7, 1938, the son of the late Kermit Branson Wyatt and Emma Ruth (Little) Wyatt.

In addition to his parents, he was preceded in death by one son, Kenny Wyatt.

He is survived by three daughters, Cheryl Arms (Doug), of Hager Hill, Alma Osborne (Kevin), of Grayson, and Ruth Wyatt, of Ohio; one son, Dennis Wyatt, of California; one brother, Robert Wyatt, of Canton, Mo.; and several grandchildren.