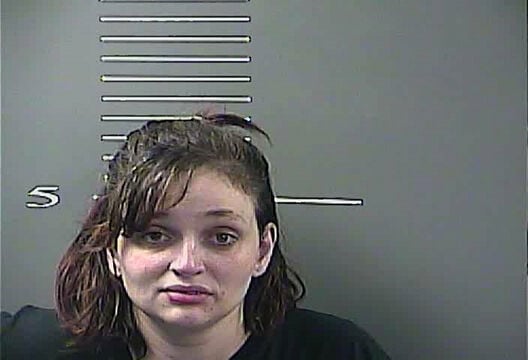 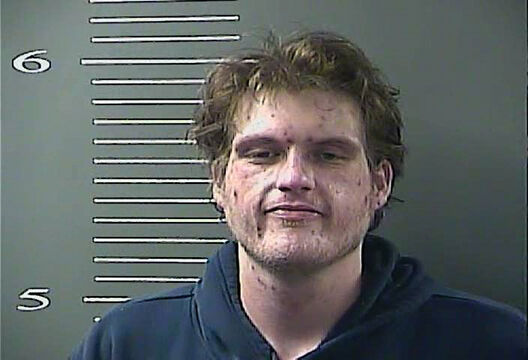 The Johnson County Sheriff’s Office responded to a complaint of a child wandering in the area of Brookside Apartments on Mar. 10, leading to the removal of two children from a residence at the apartment complex, according to court documents.

A Johnson County Sheriff’s deputy said in the citation that he responded to the call at approximately 12:28 p.m., regarding a child in the roadway with “no clothes (underpants only) carrying a blanket,”  and that a caller had reported the child to be about five years old and was seen around Derby Drive in Thelma. When the deputy arrived, the citation said, he saw the caller and the child, a young boy, who the deputy said was dirty and had a “very bad smell” coming from his person, which the deputy described in the citation as “filth,” and the child was unsupervised and had what appeared to be burn marks on his arms and was walking from the substation nearby and toward Derby Drive. The caller, the citation said, did not know the child.

The caller’s daughter came to the scene and asked the boy to take them to his house as the child would not give the deputy any information, according to the citation.

The child then walked under a fence into the Brookside Apartments parking area, where some residents were outside and recognized the child as living in one of the apartments, the citation said. At this point, according to the citation, the deputy contacted a social worker and the child climbed up some steps to a sliding glass door, which was open, and entered the apartment. The deputy, the citation said, approached the door and knocked, but received no answer before going to the front door and again knocking and receiving no answer.

The deputy then spoke with the social worker, who then began to make her way to the scene, the citation said. The mother of the child, Tasha Brown, 29, of Thelma, and the child then emerged from the residence and began speaking with the deputy, according to the citation, stating that she “can’t do anything with the kids,” who were twin three-year old boys, and that the children had “set the house on fire by placing a shoe in a microwave,” and that they “sneak out and she had to pad lock the front door from the inside” and that she “wedges the sliding glass door but the boys get it open.” Brown advised the deputy she was asleep and did not know the boy had snuck out again, the citation said.

At this point, the citation said, the social worker arrived and the deputy began a walkthrough of the apartment, noting it was a “total mess,” including clothes thrown everywhere which had to be walked on to get into the children’s room, “feces wiped and smeared on the walls,” the baseboard heater in the bedroom had exposed wires. Brown’s boyfriend, Dustin Pennington, 28, who the citation said does not live at the apartment, was in the bathroom mopping up water from an overflowed toilet.

Continuing his description, the deputy noted in the citation that Brown and Pennington alleged the children had “stopped up the toilet,” and that the living room had smoke damage from the microwave fire and the inside glass of the sliding door was broken out and had sharp edges exposed. The kitchen, storage room and dining area were “all cluttered up,” and dirty dishes were piled over the top of the sink and there was dried paint that had been “thrown on the floor in the living room, and the walls,” the citation said.

The citation said that the deputy observed “numerous round sores, possibly from bedbugs or another type of insect or bug bite,” and that some sores on Brown and Pennington seemed consistent with drug abuse.

At this point, according to the citation, another social worker arrived on the scene and conducted an interview with the children before removing them into protective custody. The citation said a joint investigation between the Kentucky Department of Social Services and the Johnson County Sheriff’s Office was ongoing.

Brown was charged with endangering the welfare of a minor, with a court date set for Apr. 5.

Brown and Pennington were later charged with more offenses on the same day as Brown’s court date for the child endangerment charges. According to a citation, Paintsville Police Department officer responded to a complaint at a room at the Days Inn and found Brown and Pennington inside, alongside “smoking pipes with a white crystal-like substance. While the officers were taking the two into custody, Brown began “screaming and yelling” outside the hotel, according to the citation. Pennington was also loud and resisted arrest, according to the citation, jerking his hand away from the officer and stating that he wasn’t going to jail.

Brown was charged with possession of drug paraphernalia, third-degree possession of a controlled substance and first-degree disorderly conduct, while Pennington received those same charges in addition to a charge for resisting arrest. Both were lodged in the Big Sandy Regional Detention Center.